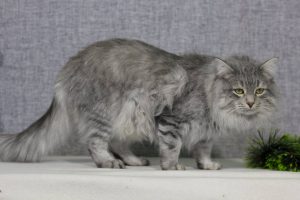 She tells us here exactly how and where she found this beautiful Siberian cat.

It happened in a suburb of the city of Chelyabinsk in the park.
It was very cold and rainy. The cat jumped out from behind a tree in front of me. The cat ran out and began to rub on their feet. He was a thin, dirty and frozen, crumpled wool. I took it home, bathed and fed. In the evening I showed the vet, he was examined and taken tests.
A veterinarian determined the age – 8-10 months. The cat was absolutely healthy. In cat was excellent appetite and he quickly gained weight and had grown a coat. He was like a cat sibiskogo. A few months later, I showed it to the show, where he was recognized as the Siberian cat. Mamin-Sibiryak has a very large body and long hair. He loves to swim and play with children.
He was shown  Jan. 4, 2014 and these 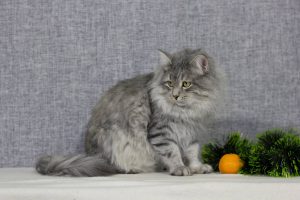 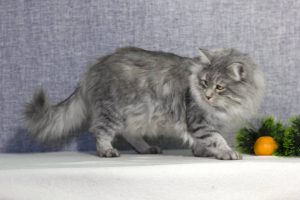 He is  ns 24 and he carries dilution.
He does not carry Cp gene and was tested by Irina.